Gourmet on the go: Sweets & Savouries 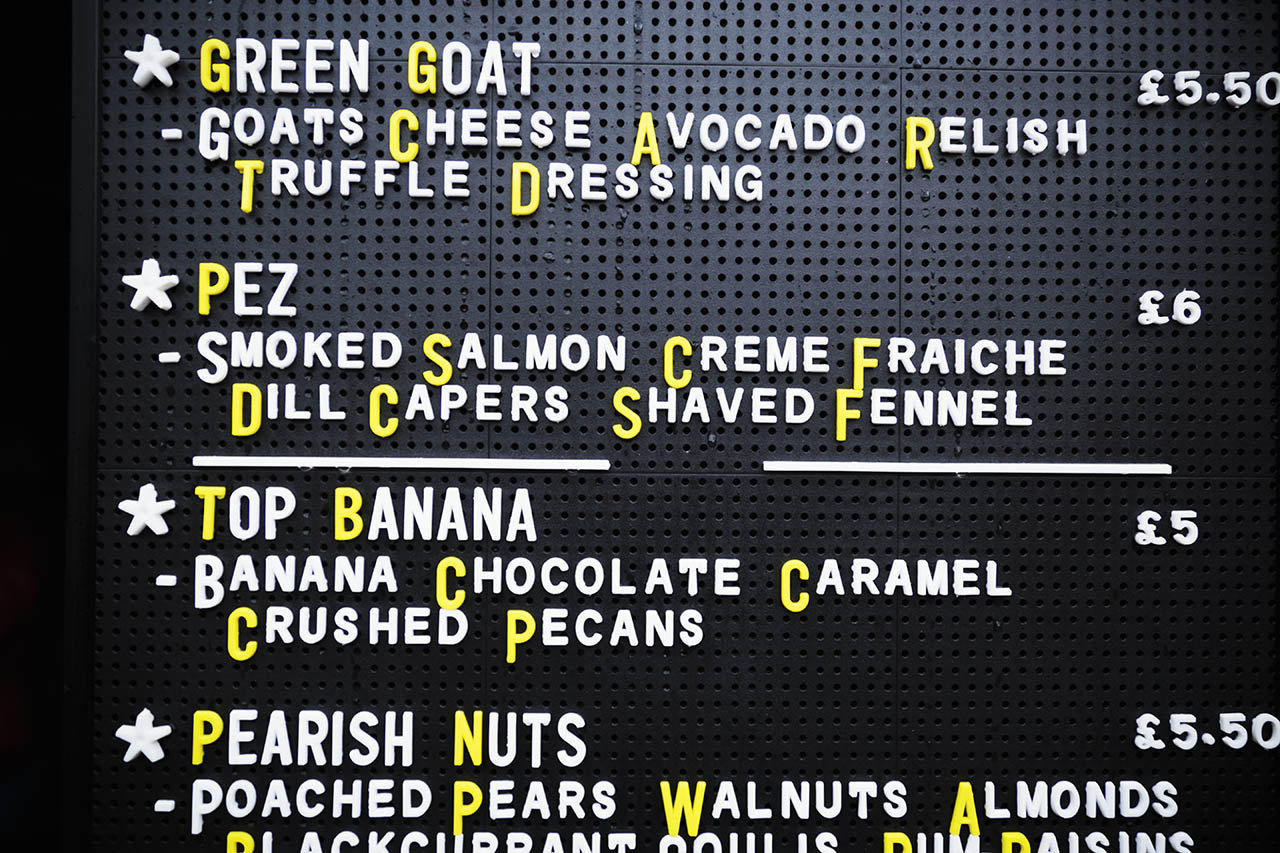 Find a different approach in an industry that’s booming! We met the crepe creator who stays away from nutella and knows why it’s a good idea to ditch the food truck.

“Crepes – NOT pancakes – just to set the record straight.” Peter Kristo laughs and finishes up a “Green Goat”, one of Sweets and Savouries’s signature dishes offering a tantalizing aroma of goat cheese and truffles.

“It’s not too often you find truffle like stuff on street food scene – and that’s exactly what we are about – offering proper and sometimes a bit fancy ingredients in an honest, popular package.” Peter becomes silence and I take a first bite. He prepares for a short break and asks me to follow him around the corner from his small marque in east Walworth.

I wanted to have a more relaxed work environment – but carry along the meticulousness.

The demand for high quality bites on the go was really booming.

“You know, I wanted to ease up and have a more relaxed work environment – but somehow carry along the sort of meticulousness that I got used to”, he explains while showing me around. This binational and trilingual man had traveled the world and spent 16 years at top end venues in hospitality in London when he realized that it was about time. Time to leave the more formal environment and launch his own venture. At this point the street food revolution took off in the UK and the demand for high quality bites on the go was really booming.

“The challenge was to find something that’s well-known though it is different and exciting at the same time.” After evaluating himself – and to some extent the market – the choice of doing French crepes came to Peter’s mind. His plan was to seriously focus on gourmet crepes and specializing in both sweet and savory ones. In other words go well beyond the regular Nutella sugary we’ve all run into hundreds of times.

When Peter launched Sweets & Savouries, he went for a food truck, a proper classic 1967 Citroën HY.

“It does involve more labor but generates more income too. Classic vans are cool but they can be a money pit very easily and they are better for promo stuff rather than make them a workhorse…” Today he is operating fully out of his small and mobile marque and have no plans on getting another truck.

“I reckon that street food is becoming a norm and it is better regulated. That makes it safer, faster and cheaper for a consumer to grab a bite or lunch on a go which doesn’t compromise on quality.”

We get plenty of compliments from French people too.

Peter admits that the competition is challenging in the street food business. He points at hard work and a great network as the main drivers behind the popularity of Sweets & Savouries. Before taking off I order a “Pearish Nuts” with aged rum, infused raisins, pear slices, crushed walnuts and… Peter has certainly found his own style of crafting crepes.

“We get plenty of compliments from French people too”, concludes Peter and smiles.

Many of Sweets & Savouries’ customers are cashless, thus Peter Kristo chose Zettle. He praises the POS system that lets him keep detailed records of sales.