Seafood to the streets: BOB’s Lobster 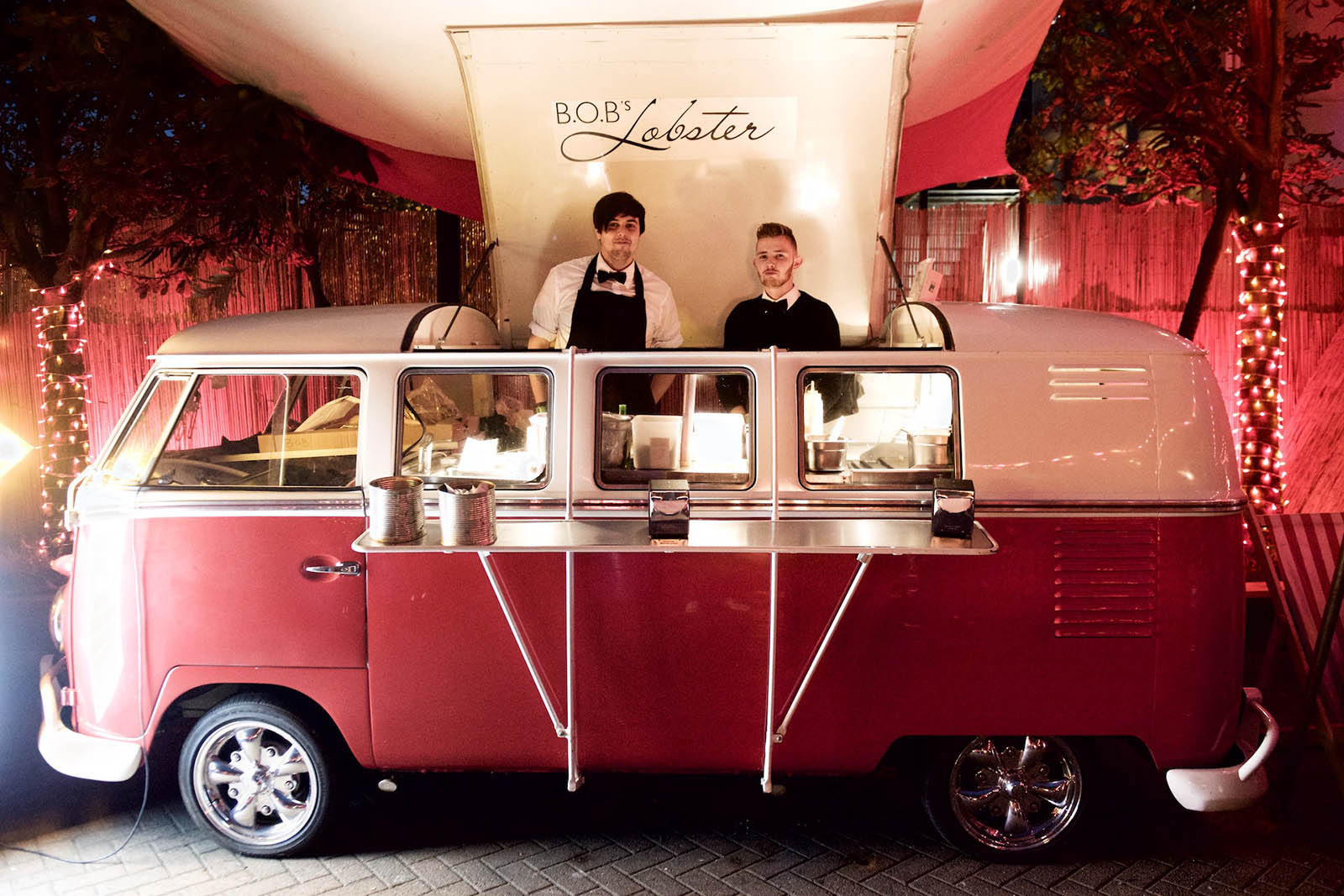 BOB’s Lobster is everything but some random restaurant on wheels. It’s a rolling seafood heaven sprung out of two dreams! Cofounder Stephanie Flanagan tells the story of how hunger pains gave birth to the happiest seafood food truck in London.

Did you know that 80% of the seafood in the UK is being frozen and exported? Stephanie Flanagan had no idea and had a bad surprise when she moved to London in 2012. Where was she supposed to find good and affordable seafood?

– I realized that the concept of seafood was totally different from the American North East coast. On the east coast in general, and in New York City in particular, lobster rolls are everywhere. Someone had to bring the resource of British seafood to the light – it shouldn’t be reserved for high end restaurants.

Someone had to bring British seafood to the light!

Creation of the concept

Stephanie Flanagan met her co-founder and Managing Director of what would become BOB’s Lobster, Rob Dann, in New York City some years earlier while he was at the French Culinary Institute. They both had experience of the restaurant business and worked together at an influential hospitality group in NYC. Driven out of hunger pains after returning to London, Rob spotted an unmet need and from there they both drew up the concept of BOB’s Lobster. It can be summarized with two dreams. Or visions as some would call them:

What you can learn from the BOB’s Lobster crew:

Do your research and plan well – you only get one chance to launch.

The characteristic 1957 BOB’s Lobster VW Camper van was rolled out for the first time in the summer of 2013. And at the same time the idea of street food really took off in London.

– We really couldn’t have asked for a better start. It was mind-blowing, when we started we had so many customers who had never had lobster before.

– We spent like two months on working on the brioche recipe. And finding the perfect mayonnaise, we experimented with different eggs for weeks. The classic BOB’s Lobster van was imported from Indiana to the UK and equipped with a retrofitted kitchen.

– It was in total nine hectic but incredible months where we spent tons of time to bring together the most perfect selection – everything from crafting recipes to come up with the branding.

From food truck to restaurant

– We just secured our first restaurant near London Bridge station! But we will hold on to our street food beginning and will put the van on a permanent stage inside the restaurant. Our guests can look forward to more dishes – served in the same light and happy manner as before.

Since affordability is key to BOB’s Lobster and no one’s carrying cash any longer – Zettle has been a key part of the business since even before the very launch.