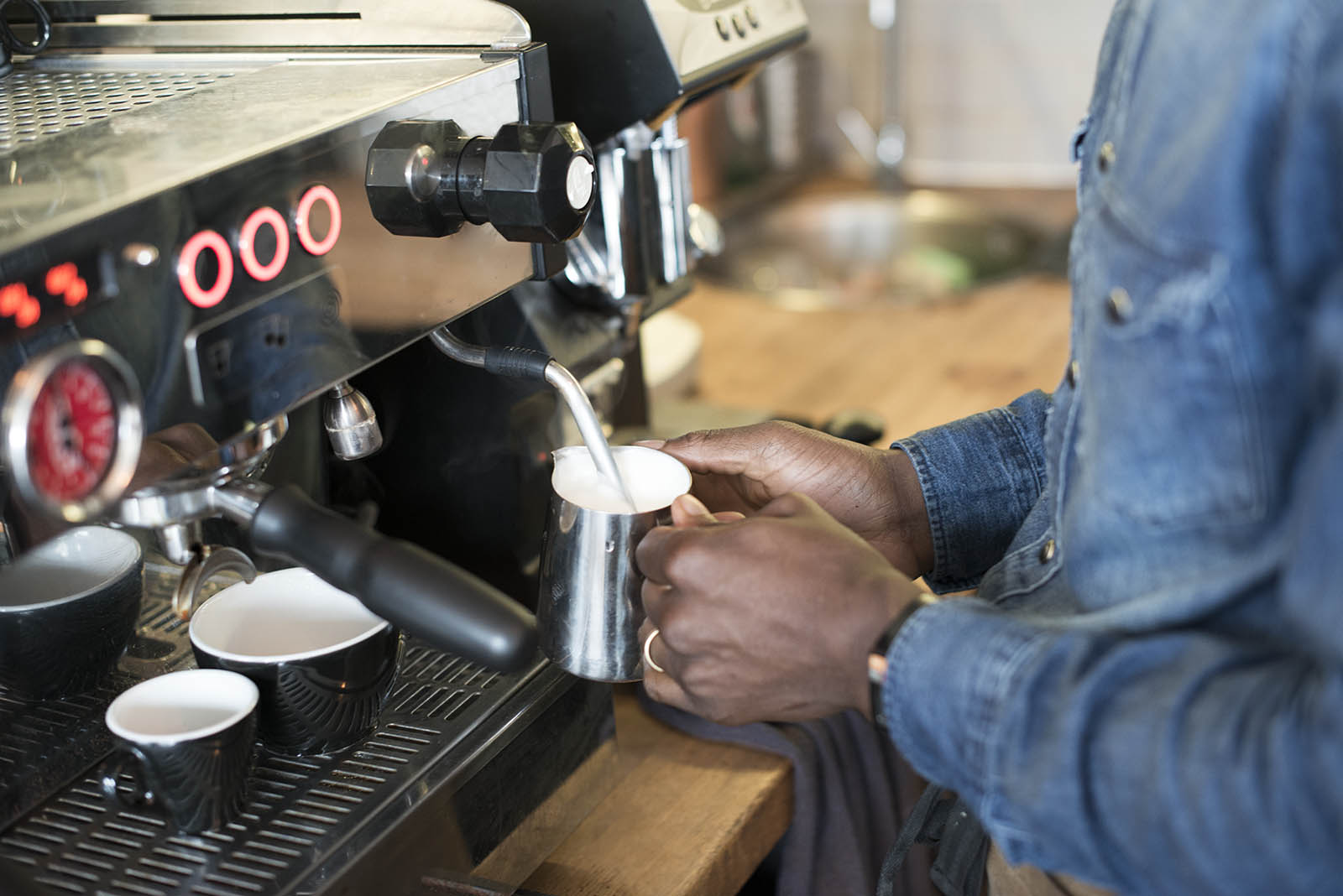 Export an existing concept and keep on talking to your customers. Tim Bosworth, founder of Hoxton North in Yorkshire, proves that there’s no science behind a successful coffee shop.

How to sell a concept

– It was kind of scary, you know you have an idea of a concept. You actually pursue the idea, spend hundreds of hours and open up that business. Then, when people start coming through your door – and paying for things. Will they get your concept?

Timothy Bosworth looks at me. It’s an early morning in the small spa town of Harrogate in northern Yorkshire and we’ve just slipped into Hoxton North, Timothy’s own concept of a coffee shop. It’s a light and airy space – located in one corner of the town centre, next to the 300-year old Crown Hotel. He opened the doors just a few minutes ago, but already customers start to fill the room.

It may be only a 30-second conversation – it still adds a personal vibe. That vibe is key.

– It’s nothing really complicated, my wife and I are both from Yorkshire but spent more than 10 years in London – much of the time in coffee shops. At one point in life, I figured out it was about time to move back to be closer with family. And once we’d settled here, I realised there was a coffee-shop concept missing.

Did people get your concept, then?

– I believe they did. We were just doing what we saw in London – opening up a social coffee shop to relax and enjoy their coffee. Even though the first year was very much spent learning about our new customers here and making them feel comfortable, so they don’t mind chatting and asking questions about the menu. Even though it’s only maybe a 30-second conversation – it adds a personal vibe. That vibe is key.

– Imagine this: You’re ordering a coffee, you’re in a rush — you need that coffee to energize you and cheer you up. You get the coffee and it’s the milkiest thing you’ve ever had. You look around and no one seems to care …

Tim found himself in exactly that situation several years ago. It became sort of a turning point. He discovered coffee “cupping” or tasting, and became a conscientious coffee drinker.

So that led to you opening your own coffee shop?

– Not necessarily. It could have been a gin bar. Or a smoothie bar. I had never been working in a coffee shop, I just had many ideas – for me it’s always about the idea – and what makes your business different. Look at Hoxton North today and how we’ve grown introducing craft beers, wine and vegan and gluten-free and – whatever adds value to our customers – and that fits into our story.

We’ve grown introducing craft beers, wine and vegan and gluten-free and – whatever adds value to our customers.

Everyone talks about stories, what does a story mean to you?

– Make a strong impression – tell a story and people will start talking about you.

The Hoxton North brand was created by Timothy and his wife Victoria in autumn 2013 and is an rapidly expanding group of coffee shops and bars. At the time of writing, they had even begun introducing homeware and lifestyle accessories.

– No one cares as much as you do yourself. Which means that I’ve had to learn to let go — but it’s hard when it’s yours.

– I like to make sure that things are the best they can be. I thought it’d be super easy, then everything happens at once and you’re in the middle of it. It took me some time to understand that you can’t master everything by yourself. My time is my biggest asset and my biggest stress. When I leave work now I go home and then I’m a daddy…

It took me some time to understand that you can’t master everything by yourself.

– No one cares as much as you do yourself. Which means that I’ve had to learn to let go — but it’s hard when it’s yours.

Opening up the first coffee bar in Harrogate meant working 24/7. Having a wife and two kids made Tim gradually realise that it wasn’t a viable lifestyle in the long run. One of the biggest challenges has been to learn how to fully delegate.

Blog editor and coffee addict Gustaf Sjöholm took a caffeine break at Zettle user Hoxton North on a road trip from Edinburgh to London. He quickly fell in love with the friendly staff and stylish interior. Don’t miss his chat with Tim Bosworth on how to raise capital for small businesses!