Fun, inventive and bold: that’s how Johnny, Steven and Adele of Vault City describe their approach to brewing. At their Edinburgh-based kitchen, this tiny team of three pair big flavours with ‘mad’ colours (their words, not ours) to push the envelope on what can be classed as beer.

Ahead of the London Craft Beer Festival, we grabbed 5 minutes with the team (recent winners of We Are Beer’s Raise The Bar competition) to find out more.

On how this all came about:

– Johnny: I first started home brewing with my flatmate in Edinburgh, where I was studying for my postgrad. We were both massive nerds about it, so it became a bit of an obsession with a competitive element to it. I loved the experimental and creative side of it, using new ingredients and, most importantly, exploring weird yeast cultures.

– Steven: I got into it almost by mistake, after passing the home brew store and wanting to know more and jumped in feet first to all grain brewing, cloning beers like Punk IPA and Innis and Gunn. Since then, my kit has slowly grown, as has my passion for brewing. I met Johnny at our local, The Hanging Bat: we wanted to take our passion for brewing mixed-fermentation beers to the next level, and here we are!

Did you know? Zettle offers POS systems specifically developed for the food and drink industry.

– Johnny: We’re homebrewers who have got into this industry for the joy of beer and nothing more! We specialise in using novel yeast and bacteria to make beers that have our own unique ‘house culture’, which pair well with big, bold fruit and hop additions. We are pretty extreme when it comes to quality control too – our beers must be perfect as far as we are concerned, otherwise we would rather tip them down the drain.

On their label art and the meaning behind it:

– Adele: We love taking advantage of the amazing local artists and students that Edinburgh has to offer. Our Graphic Designer, Heather McManus, kicked off our branding shortly after finishing her degree and we’ve been so thankful for her input – she designed our logo, labels and listened to our relentlessly changing ideas!

The first piece of art on our labels was a bespoke painting by Paul Fortesque, a friend of Johnny’s and a fantastic artist. We loved that it brought in intricate colours, layers and our ties to Edinburgh. Our second piece that you’ll see on our bottles today is by the students at Edinburgh College of Art: we wanted to give these guys a chance to build their portfolio with a local business and they didn’t disappoint, tapping into our unique house culture to create bacteria/yeast-style paint splatters.

On their favourite Vault City label:

– Adele: It definitely has to be the label art to go alongside our Wander Beyond collaboration (cheers to the super talented Tina at Wander Beyond for creating this masterpiece!). It depicts our dog, Louie, as a King Kong cartoon destroying chocolate buildings based on Manchester and Edinburgh!

– Johnny: Blueberries for sure. A difficult fruit to get the full rounded flavour from. We’re working on it!
– Steven: Love working with strawberries – there’s not enough strawberry sours out there and we’re excited to be working with local suppliers to nail this flavour!

– Johnny : Can I have two? Girardin Black Label Gueuze and Augustine’s Helles
Adele: Hill Farmstead Double Citra. We visited earlier this year and I was blown away!
– Steven: It has to be The Kernel’s Table Beer. The perfect summer go-to which never fails to please!

– Johnny: My heart says barleywines, but fruited sour beers hopefully!
Steven: People supporting their local breweries and moving towards the American taproom culture. We’d love to have a scene like that in Edinburgh and we can see it starting to move that way.

– Adele: Winning this competition has been an incredible step-up for us. Being on such a small kit, it’s very difficult for us to get our beers even out of Edinburgh/Glasgow, so to be invited to four beer festivals up and down the country has given us exposure to audiences that we never would have been able to reach ourselves. Talking to people as far as Bristol and London about our beers and telling our story has been invaluable and it’s been so helpful to hear feedback from such a wide audience. We’re so thankful to work alongside the other winners, Mothership, Turning Point and Dig Brew Co.

– Steven: Don’t play it safe – send in something that is a true reflection of you and what you stand for!

– Adele: The guys at Zettle have enabled us to spread our brand even further through the card reader, allowing us to sell t-shirts and get our name out there! Merchandise is a huge part of building a successful brand and by sending us this equipment we’re able to do this on a much bigger and more accessible scale.

On the parts of Zettle they’ve found most useful:

– When we have our taproom (in the future!) we need a fast and reliable system to support us and make it as easy for us and our customers as possible. What we’ve seen from Zettle so far is that it’s accessible, simple and easy to use – exactly what we need going forward!

– Last time we were in London for the Beavertown Extravanganza, we were even more unknown than we are now, but received amazing feedback. We can’t wait to go back to London a bit more sure of ourselves and who we are to chat with like-minded beer drinkers! Also – the food! The food trucks have been out of the world at these events – we’re still dreaming of the vegan dinner kebab at Bristol CBF.

What is Raise the Bar?
Alongside Dig Brew, Turning Point and Mothership, Vault City are winners of Raise The Bar, We Are Beer’s annual competition looking for the best up and coming new breweries in the UK. The prize includes the complete Zettle iPad POS system, complete with everything a brewery needs to get their taproom off the ground, as well as pride of place at the London Craft Beer Festival, sponsored by Zettle, from 9-11th August. 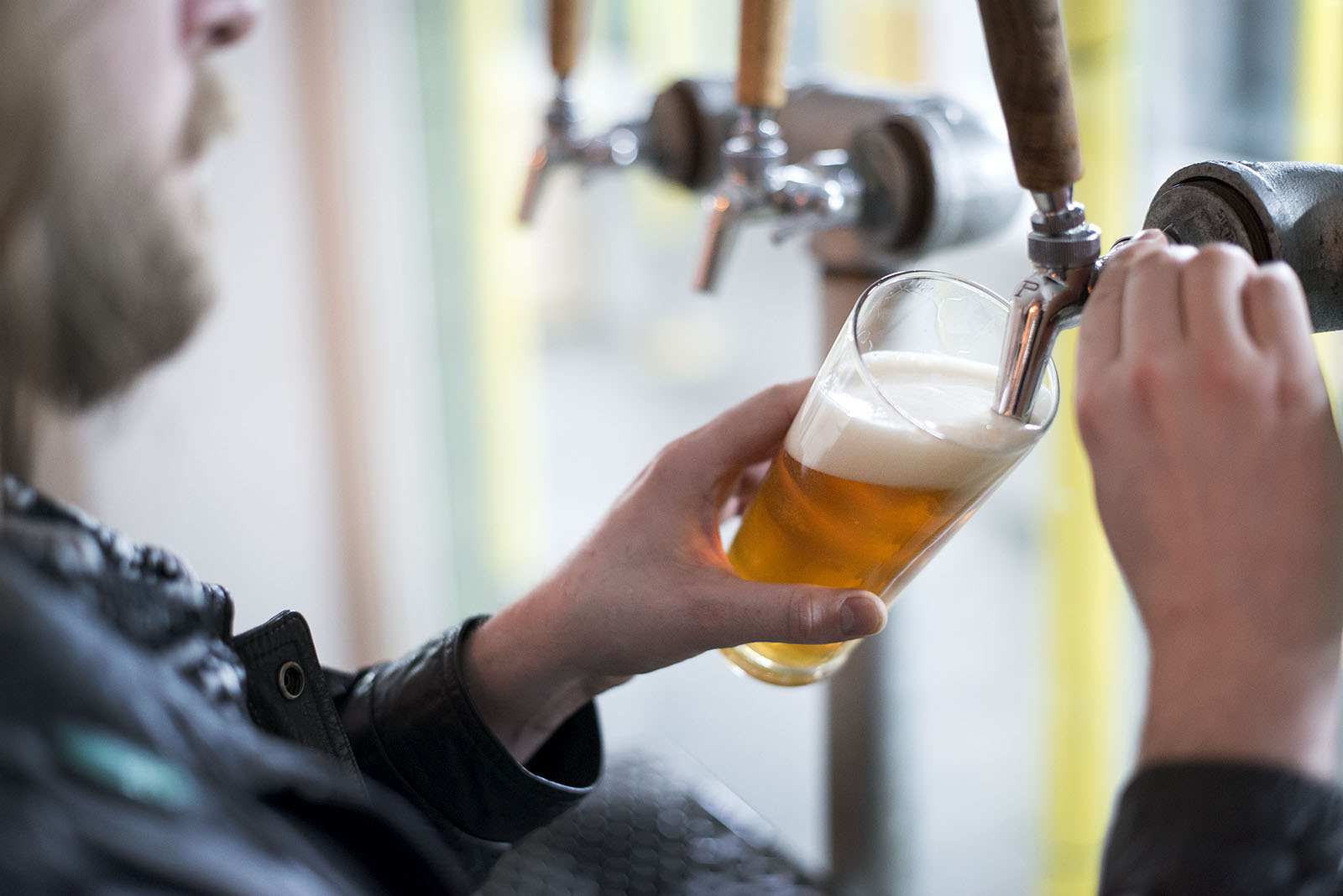